Japanese Poet Hiromi Itō will give a reading/talk on campus at 6:30 PM in McKenna Hall on Thursday, February 23. Ito is one of the most prominent women writers of contemporary Japan, with more than a dozen collections of poetry, several works of prose, numerous books of essays, and several major literary prizes to her name. She divides her time between the towns of Encinitas, California and Kumamoto in southern Japan. Itō's work deals with issues of the feminine body, sexuality, and motherhood, making her the most prominent voice of the "women's poetry boom."She is the recipient of the Takami Jun Prize, the Hagiwara Sakutarō Prize, and the Izumi Shikibu Prize, among others. Her book, Killing Kanoko: Selected Poems of Hiromi Itō, was translated into English by Jeffrey Angles and published by Action Books in 2009. 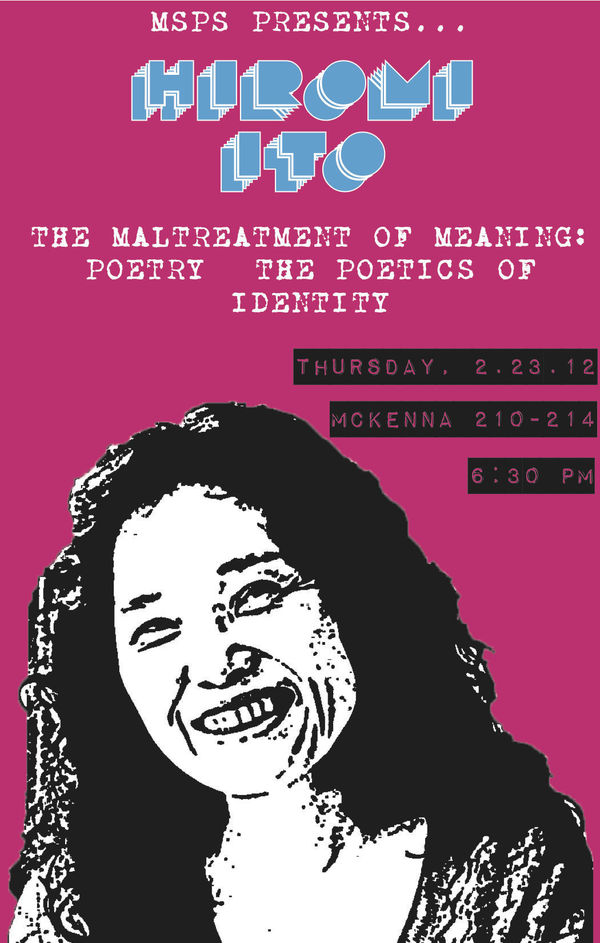