Historically, men in Ancient Greece and Rome invoked gender identification to define their masculinity.  Conversely, men in many modern Western cultures rely on sexual orientation to achieve the same goal.  In cinema, the replacement of one masculinity for another serves to normalize and reinforce a system of  gender inequality by systematically associating orthodox (modern) masculinity with various male protagonists. The presentation of masculinity in historic cinematic genres, specifically films set in the ancient Greco-Roman empires, perpetuates the cultural acceptance of orthodox masculinity by portraying it as an authentic expression of gender that is static over time.  This study analyzes three of the most successful films of the Classical sub-genre; Gladiator, 300, and Troy.  Through these cases, I demonstrate how a orthodox masculine ideology is perpetuated through actions of the protagonist, whereas various forms of sexual deviance are defined and admonished through their association with the antagonist and supporting characters. 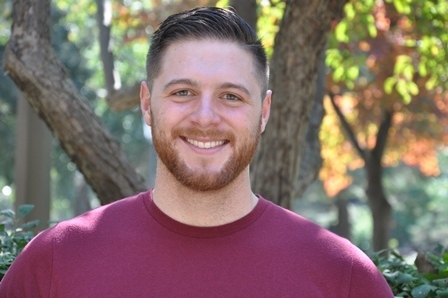 Presenter: Christopher Quiroz, PhD Sociology and Gender Studies Graduate Minor Student
Christopher Quiroz is a third year Graduate Student at the University of Notre Dame. He studies gender and sexuality within organizational settings, particularly within male dominated arenas. His research addresses how gender identification is perpetuated through performances within group level contexts.  His most recent work explored how firefighters used the social status to cross heterosexual boundaries without damaging their masculinity.  His current projects address how gender intersects with educational settings,  spousal infidelity, and cinema.