Although George Egerton’s Keynotes is one of the most influential works of nineteenth-century feminist fiction, this collection has gone largely unnoticed in academic scholarship. The underrated quality of Egerton’s work is surprising considering its impactful utilization of alternative time structures that resist linear temporalities and present modern-day readers with a potential means of subverting patriarchal gender codes. Keynotes not only reveals the restrictiveness of linearity but also allows readers to see the benefits of embracing an ideological framework that collapses the past, present, and future into a single momentary experience. Focusing on “A Cross Line,” this argument builds on the critical scholarship of Julia Kristeva and Ivana Milojevic in order to show that Egerton roots the cause of gendered imprisonment in hegemonic time structures that actively work to maintain pre-established categorizations. Egerton’s portrayal of male characters and their frequent attempts to keep women within certain parameters, in particular, reveals larger social anxieties surrounding the protection of specific gender boundaries and the maintenance of traditional time. By having her heroine resist this patriarchal adherence to linearity through the creation of imaged spaces where attaining agency over self-identity is possible, Egerton is able to demonstrate how dominant hegemonies can potentially be dismantled. In examining Egerton’s dynamic reconstructions of time, readers thus come to understand that resisting linearity and replacing it with alternative models could allow for the eradication of lines that attempt to contain individuals within socially sanction categories. 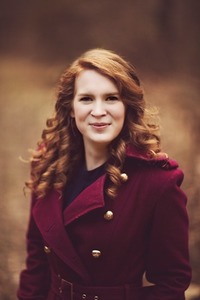 Stacy Sivinski is a PhD student in English and a Gender Studies minor at the University of Notre Dame studying American literature produced during the late nineteenth and early twentieth centuries. She is particularly interested in examining intersections between gender and economics and exploring how these connections manifest in bodily presentation. Her research focuses primarily on New Woman and fin-de- siècle writers such as Edith Wharton, George Egerton, and Kate Chopin as well as periodical magazines published at the turn of the century.