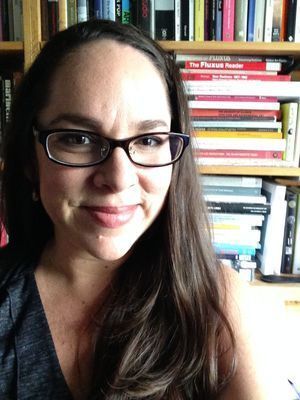 In 1967, American Fluxus artist Alison Knowles (b.1933) organized an informal workshop on digitized language systems and computer mainframes with her friend, the experimental composer James Tenney. Over the course of several Thursday evenings in the living room of her Chelsea home, Tenney introduced a group of gathered artists and musicians to the rich potential of blurring aesthetic boundaries—visual, poetic, musical, digital. A resident at Bell Laboratories in New Jersey and an expert on the IBM compiling system known as FORTRAN, Tenney’s aim was twofold: to demystify the complexity of technocratic language and programming; and to show the artists that their explorations of chance and indeterminacy in the early 1960s, in a variety of artistic media, resembled the development of electronic data processing. Stimulated by this environment, Knowles began to reconceive her approach to artmaking. Rather than look to the I-Ching and other formulas for chance-derived imagery, which she deployed in the late 1950s in order to randomize the elements of large abstract paintings, by the end Tenney’s workshop, Knowles created one of the first digital poems, The House of Dust (1967).

This talk reconsiders the poem—and its later iteration as free-standing structures in New York and California—in relation to Knowles’s transformative corpus in the late 1960s and beyond. In thinking through the chance operations deployed in The House of Dust, I argue that Knowles ushers in a pioneering approach toward audience activation, playing on several visual, physical, and phenomenological registers at once. The themes of multiplicity and randomization are, of course, conceptual cores of Knowles’s poem, but so, too, is its capacity for visionary habitation. One aim of revisiting her The House of Dust fifty years later is to broaden our understanding of the experimentalist spirit during the 1960s-1970s, while also complicating the work of women artists within that narrative. Highlighting Knowles’s sustained investigation of imaginative dwelling as a critique of war and domesticity, I conclude by emphasizing that Knowles art practice is one that carefully reexamines art as itself a social relation, and an occasion of contingency.Composed of four separate categories (materials, locations, lighting, inhabitants) and typed in lists by Knowles in advance, the resultant quatrains of The House of Dust were automated mixings of computer’s internal logic. The refrain of the poem followed the formulation “A House of…,” with each category producing a seemingly endless runoff of stanzas that were fascinatingly absurd, humorous, and evocative: “A House of Leaves/In Michigan/Using Natural Light/Inhabited by People Who Sleep Very Little.” Within the poem’s stanzas, the idea of journeying both through and out of imagined environments populated by “horses and birds” or “all races of men wearing red clothing,” and housed in “high mountains” or “by the sea,” signifies utopian visions of love and reconciliation at the height of the Vietnam War.