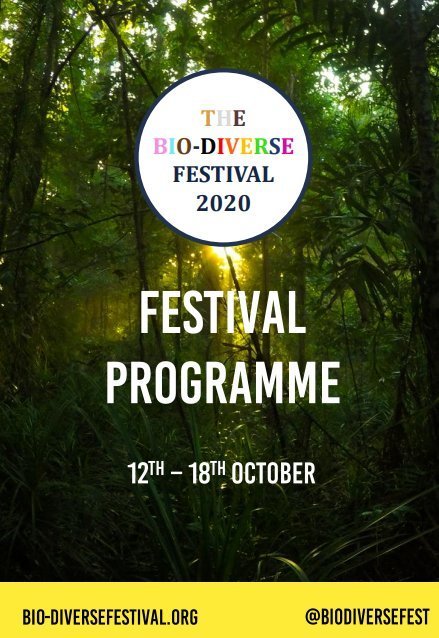 Minorities of all kinds are underrepresented in biology and conservation, and inequality remains pervasive. Despite conservation being a global socio-political and biological issue, inclusion and diversity are severely lacking. Not only must this change on ethical grounds, but diversity and inclusivity improve science and conservation work.

Suitable diversity, inclusion, and role models are important to increase underrepresented and minority group recruitment and retention within scientific and academic disciplines. The Bio-Diverse Festival (BDF) 2020 fills the gap in representation and contributes to the necessary change we are beginning to see within academia and conservation.

BDF aims to highlight minorities within biology and conservation by celebrating the diversity that exists and learning from those who pave the way for future scientists presently lacking representation. This online event opens the conversation about the prevalence of racism, homophobia/transphobia, sexism, and ableism in this field, how they often intersect, and how we can solve them together.

BDF is also proactively anti-racist. It is a scientific conference full of fascinating and topical science that highlights minority and underrepresented scientists in an inclusive, safe, and non-discriminatory environment.
​
This festival welcomes anyone with an interest or career in biology or conservation.

An online science conference held over one week:

Sponsored by the British Ecological Society