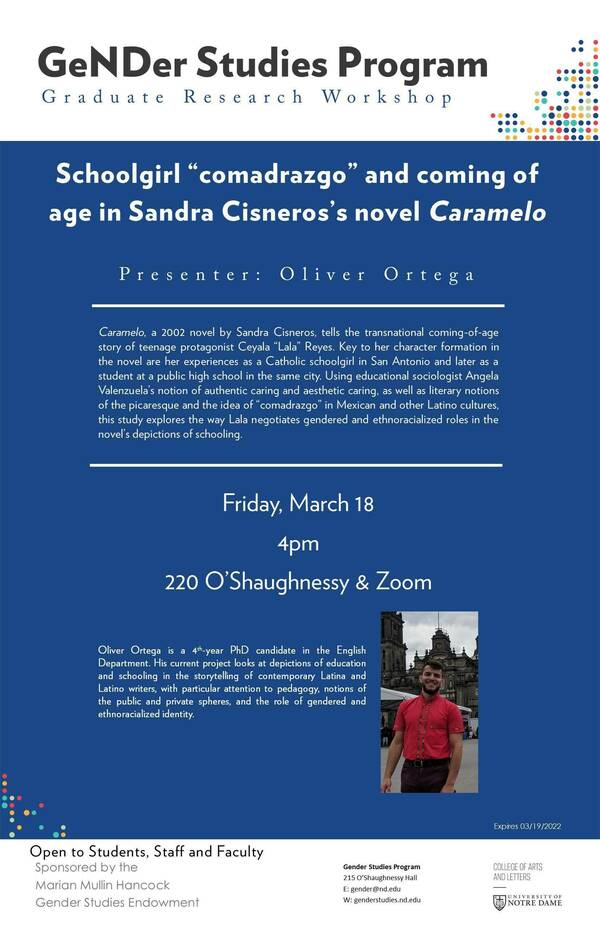 Caramelo, a 2002 novel by Sandra Cisneros, tells the transnational coming-of-age story of teenage protagonist Ceyala “Lala” Reyes. Key to her character formation in the novel are her experiences as a Catholic schoolgirl in San Antonio and later as a student at a public high school in the same city. Using educational sociologist Angela Valenzuela’s notion of authentic caring and aesthetic caring, as well as literary notions of the picaresque and the idea of “comadrazgo” in Mexican and other Latino cultures, this study explores the way Lala negotiates gendered and ethnoracialized roles in the novel’s depictions of schooling.

Oliver Ortega is a 4th-year PhD candidate in the English Department. His current project looks at depictions of education and schooling in the storytelling of contemporary Latina and Latino writers, with particular attention to pedagogy, notions of the public and private spheres, and the role of gendered and ethnoracialized identity.