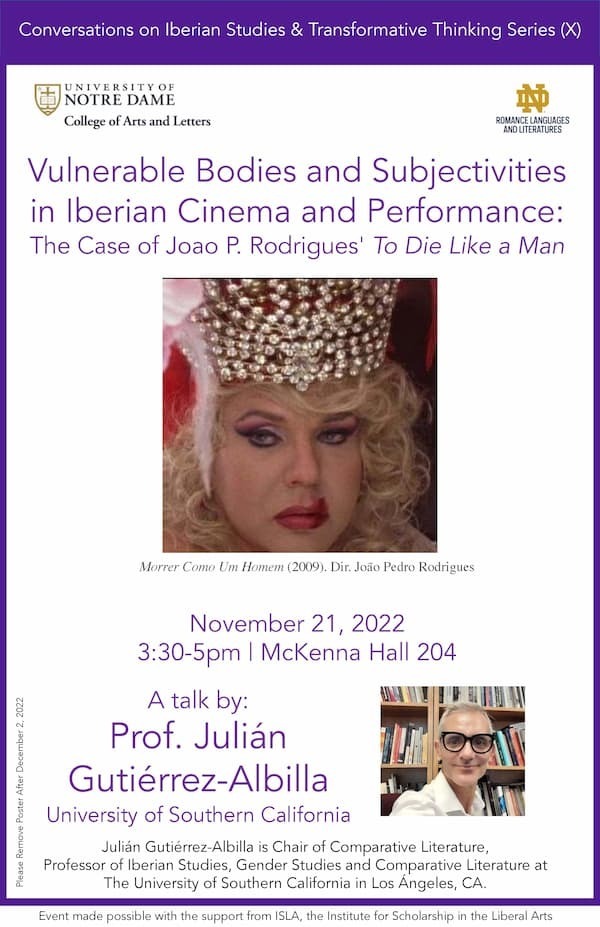 This talk proposes a philosophical and psychoanalytic reflection on the fragility of the subject, not only to think about the fragility and vulnerability of subjectivity but also to reflect on the fragility of the law and the social and symbolic order. To do this, we need to think of the act of fragilization as a condition of possibility for resistance. In addition, following Judith Butler, this paper focuses not only on the distribution of precariousness in our contemporary culture but also on vulnerability as a condition of possibility for politics, or as our own political condition, and to think about the ethics of alterity, which accepts the self-division of the subject and the strangeness in oneself, out of our intersubjective encounters. Thus, this paper argues that the fragility and vulnerability of subjectivity do not lead to a subjective state associated with the concept of the abject (Kristeva), despite the fact that there is always this risk, but rather to think about such fragility and vulnerability, including our own finitude, as a condition of possibility for the transformation of our ethical and political relationships. For instance, João Pedro Rodrigues’ To Die Like a Man (2009) functions as a philosophical reflection on finitude and mourning, as the film medium is for Rodrigues a process of confronting or transcending the perishability of our existence and of working through one’s death and the other’s death. My paper argues that Rodrigues’ film conceives death as the inevitable event that one will never actually live. This becomes the condition of possibility for mourning our own mortality and that of the other. If mortality is always already associated with the iterability of writing in Rodrigues’ cinema, I propose that To Die Like a Man emphasizes how the irreducible dead other points to an im-possible original mourning that is always already associated with a constitutive failure of the subject and its relation to the otherness of the other that exceeds and precedes the subject. Such an im-possibility of mourning becomes the condition of possibility for a queer ethical relation that is predicated on our common finitude, thus contributing to alternative conceptions of caring and community belonging.