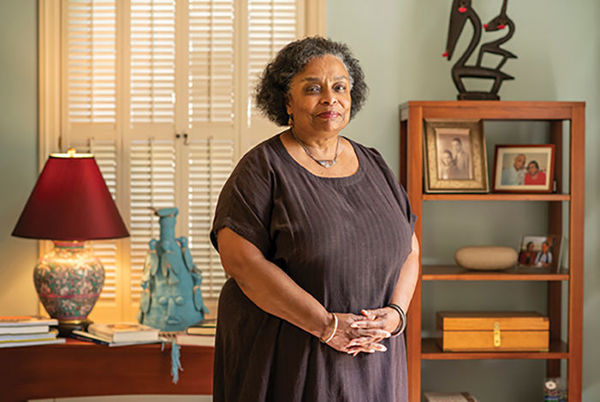 Dianne Pinderhughes has been observing protests and marches for racial and social justice since her childhood in segregated Washington, D.C., where residents of the majority Black city didn’t have the right to vote in presidential elections until after passage of the Twenty-Third Amendment to the United States Constitution in 1961.

In 2020, after the death of George Floyd at the hands of Minneapolis police and the growth of the Black Lives Matter movement, things seem different.

“By race, it’s quite different from the pattern that we have seen in past decades of unrest. A significant number of whites have been in the streets,” says Pinderhughes, a professor of political science and chair of the Department of Africana Studies.

White support for the civil rights movement in the 1950s and ’60s was mostly limited to small groups of religious or political leaders and college students who went to the South to join in demonstrations for racial justice. “This is a much broader range of the population, and even multigenerational protest groups [are] going out and bringing their children to protest,” the professor says.

Originally published by Notre Dame Magazine at diversity.nd.edu on November 19, 2020.