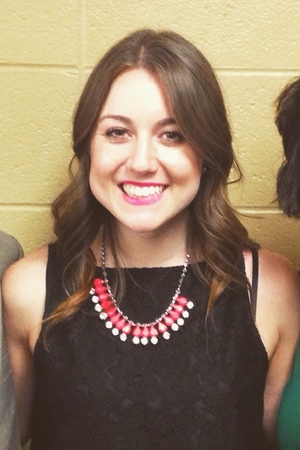 I stumbled upon the Gender Studies major in a roundabout way. When I arrived at Notre Dame, I knew that I wanted to find a second major to round out my intended first major in business. I explored classes in Anthropology, Sociology, and American Studies before realizing that the topics that interested me most in these classes all involved gender issues. After taking a couple of classes in the Gender Studies major, I realized that I had a passion for what I was learning and committed to the full major.

My sophomore year, I switched my major from Anthropology to Gender Studies, and I could not be happier that I did. I have had so many opportunities within the major, including two research grants. In June of 2014, I was able to travel to Jerusalem, Israel for six weeks to study the ways in which gender roles are active in local food markets. This past August, I traveled to Napa, California to begin my thesis research, which combines my love for food and passion for gender issues. I was able to investigate some of the ways that wine is marketed and consumed differently by men and women in the United States. I look forward to applying all that I have learned in Gender Studies as I begin my career in Marketing.

Gender Studies at Notre Dame has provided me with countless opportunities that would not have been available to me had I not joined the major. I have had the opportunity to travel to New York, Israel, and Napa Valley to conduct research into topics that interest me. In my business classes and internships, I have been able to apply the Gender Studies concepts that I have learned in really interesting ways. I have been an active member of gender-related groups on campus, including Firestarters, a group that focuses on spreading awareness on campus about issues regarding gender, sexuality, and interpersonal relationships.

I am so grateful that I found the Gender Studies major when I did, and I hope to be able to apply all that I have learned in both personal and professional settings in the future.