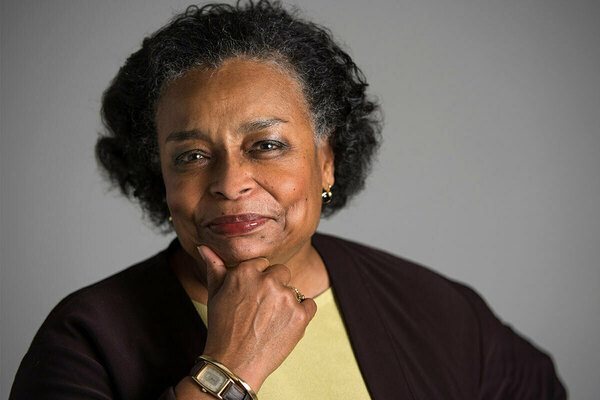 Pinderhughes will serve a two-year term through 2023. She’ll lead a sprawling network of more than 4,000 scholars from 61 countries.

“It’s a heavy, but exciting responsibility,” said Pinderhughes, who is also a faculty fellow in the Kellogg Institute for International Studies and a research faculty member in the Gender Studies Program. “It’s an honor to be able to participate and continue to work on change and political democracy internationally.”

Her research addresses inequality in the Americas with a focus on racial and gender politics. She recently co-authored two major texts on U.S. racial politics, Contested Transformation — Race, Gender, and Political Leadership in 21st Century America (2016), and Uneven Roads: An Introduction to U.S. Racial and Ethnic Politics (2014, 2019).

Pinderhughes received the 2021 Notre Dame President's Award for distinguished service by a faculty member, and was elected to the American Academy of Arts and Sciences in 2019. She is currently working on a forthcoming collection of essays which examines Black politics after the civil rights movement through Barack Obama’s presidency.

Throughout her career, Pinderhughes has steadfastly championed greater racial and gender diversity in academia. As the first African American female president of the American Political Science Association from 2007 to 2008, she organized a task force to diversify the association’s membership.

Now, as IPSA’s first African American and fifth female president, she’ll work to create a more inclusive network of scholars, with a focus on developing relationships with political scientists working in countries in the Global South, she said.

“We want to try to make the association as democratic as possible, in the sense of representing the whole world,” she said. “And we have a long way to go in that, but IPSA has also been putting issues of race and gender on the organization’s agenda for some time.”

IPSA was created through the United Nations Educational, Scientific and Cultural Organization four years after the end of World War II. Its founding scholars took to heart Franklin D. Roosevelt’s counsel, offered in 1945, that “if civilization is to survive, we must cultivate the science of human relationships — the ability of all peoples, of all kinds, to live together and work together, in the same world, at peace.”

Pinderhughes now takes the helm in the wake of another global crisis, the coronavirus pandemic. She looks forward to 2023, when the association plans to meet in person for its next World Congress in Buenos Aires, Argentina.

Her first time attending a World Congress was in 1982, when IPSA met in Rio de Janeiro, Brazil. Each conference boasts a range of panels and meetings that present opportunities for stimulating discourse and democracy building.

The atmosphere of these meetings “helps people engage across national boundaries,” Pinderhughes said. “It allows for a more lively and more challenging approach to political science.”

Originally published by Nora McGreevy at al.nd.edu on August 16, 2021.