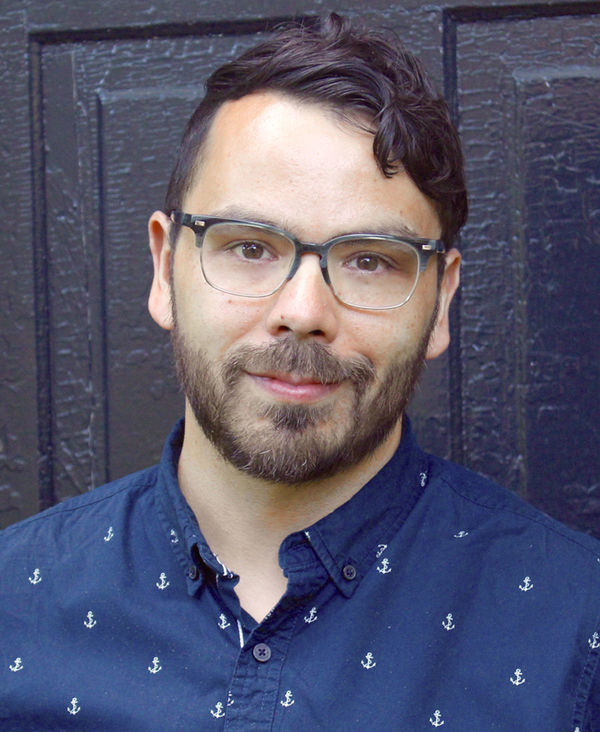 This is the first installment in a monthly Q&A series with Arts and Letters faculty members.

Jason Ruiz is an associate professor in the Department of American Studies and an affiliated faculty member in the Gender Studies Program and the Institute for Latino Studies. He joined Notre Dame’s College of Arts and Letters in 2008, after receiving his Ph.D. in American studies from the University of Minnesota. What are you working on right now?

I am writing a book about representations of Latinos and Latinas in popular culture from the start of America’s war on drugs to the present. I’m exploring a large body of texts, which I call “narcomedia,” that has circulated in various media forms since the early 1980s, from TV shows like Miami Vice to newer works like Tom Cruise’s new movie, American Made.

I argue that U.S. and international popular culture has continuously and erroneously associated Latino people and communities with the illegal narcotics trade since the start of the war on drugs and that this has had detrimental effects on Latino communities.

What drew you to this research?

I first got interested in this as a viewer of the watershed TV series Breaking Bad. I used to gather around a colleague’s television once a week during its run in breathless anticipation of what would happen next! But the more I watched it, I became convinced that the show was innovative in many ways — such as its approach to storytelling and its creation of one of the most compelling antiheroes in TV history — but also pretty unoriginal in how it represented Latinos. So, I wrote an article that argued that very old tropes about Latinos are present even in this supposedly boundaries-pushing series.

As I investigated the topic further, I also realized that Breaking Bad was part of a much larger body of work that circulate in U.S. and international popular culture that construct latinidad (or, loosely translated, “latinness”) as inextricably connected to crime, criminality, social ills, and violence. The most compelling place for me to go next was to the countless depictions of Latinos as part of the drug trade, one of the key modes of representation over several decades. Scholars have tended to focus on immigration as one of the main tropes associated with Latinos in the media; that’s certainly powerful one, but I’m arguing that drugs have been similarly ubiquitous in how we are represented.

How do you integrate gender studies into this work?

Gender studies is a central component of this project for several reasons. For example, women are used as props all over narcomedia — as sexual objects, foils, and, of course, long-suffering wives and mothers who lack any character development of their own. Although some texts do attempt to flip the script by depicting women as “queenpins,” gender stereotypes abound in the narratives that I’m examining. I am also working right now on a chapter that examines queer narcomedia and the politics of sexuality. Ruiz teaching about Latino muralism on the streets of the Pilsen neighborhood in Chicago.

I think that all of this is relevant today because everyone needs to become a savvier consumer of media and to ask what kind of narratives, even ones that are not obvious at first glance, are embedded in the pop culture we consume. As a field and as a program here, gender studies recognizes the power of representations to shape how we think about ourselves and others. This is why gender studies analysis is so crucial to my project.

How do you bring your research into the classroom?

I constantly push students to dig deeper as interpreters of popular culture. I use my current research in my courses to show students that, just like them, I am trying to make sense of the world around me. There are endless ways to analyze our world, and I happen to think that media studies is a great tool for doing so. My work draws on contemporary popular culture, including shows like Narcos, so I think I give students a pretty interesting entry point for thinking about complex issues like gender, race, and sexuality.

Why is Notre Dame’s College of Arts and Letters the right place to be doing this research?

The College of Arts and Letters is the perfect place to do this research. The College’s motto is “study everything, do anything,” which I find really inspiring because it reminds us first and foremost to be curious about the world around us. The College brings together a world-class faculty that I get to bounce ideas off and learn from in countless ways. So, my colleagues are a big reason why I am able to do what I do.

I firmly believe that a liberal arts education helps students to see the world in exciting and important new ways, and I am proud to play a part in that.

Originally published by Carrie Gates at al.nd.edu on October 23, 2017.