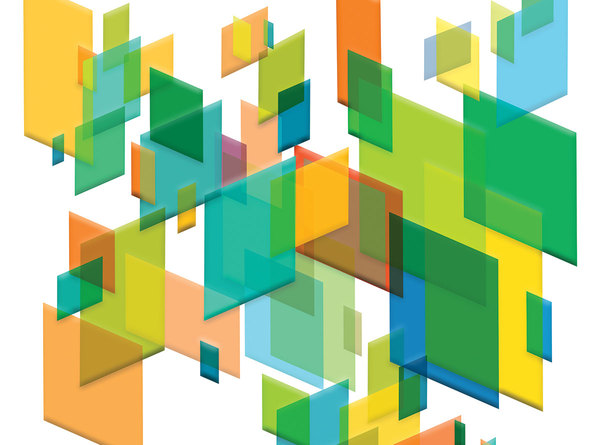 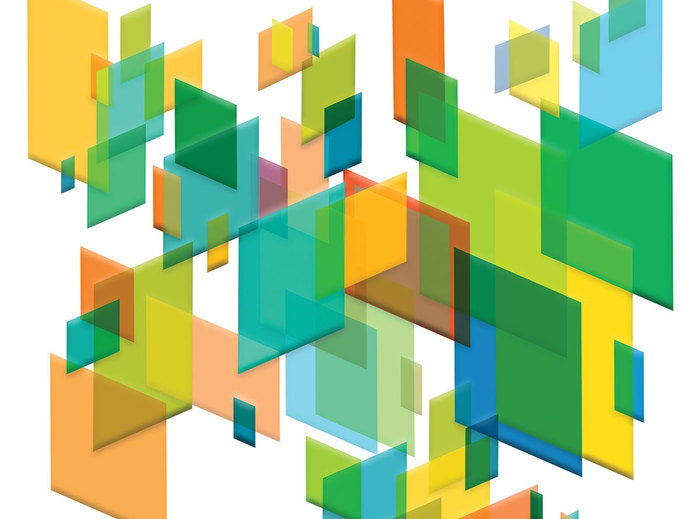 For Ann Biddlecom ’89, the Gender Studies Program was a revelation.

She was on track to graduate with a degree in sociology when the program was introduced in 1988 — but with only a year left at Notre Dame, she dove in and completed the new concentration. 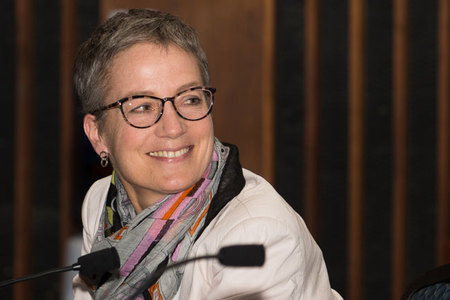 “The program was like a breath of fresh air,” Biddlecom said. “It was the only place where I was encouraged to have intense discussions about gender and the broader public world.

“The Gender Studies Program helped me see how we shape what gender means, how we play it out in life, and what the consequences can be.”

Biddlecom became one of four students in the program’s first graduating class and she is one of the hundreds of students who have found a home in the program over the next 30 years — including Sarah A. Mustillo ’96, the I.A. O’Shaughnessy Dean of the College of Arts and Letters.

Today, the program is thriving, with more than 70 students currently pursuing gender studies majors, supplementary majors, and minors at the undergraduate and graduate levels, as well as more than 50 associated faculty across campus.

Mary Celeste Kearney, director of the Gender Studies Program, credits its success to the caliber and dedication of its students and faculty.

“Our strength can be seen in our program’s deep commitment to social justice for all, not only in terms of research but also teaching and service — here at Notre Dame, in the South Bend community, and beyond,” Kearney said. 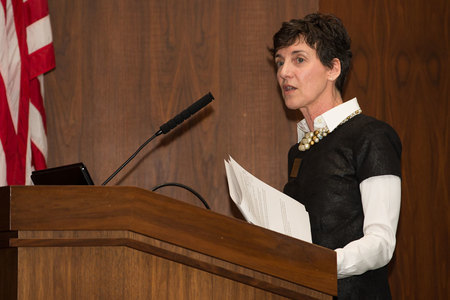 Biddlecom says her experience in the program instilled in her a lifelong practice of questioning assumptions and a desire to be a force for positive change.

Both have served her well in her personal life and in her career — researching sexual and reproductive health at the University of Michigan, the Population Council, the United Nations, and now as director of international research at the Guttmacher Institute.

“I see my career in social science research — with most questions having policy relevance — as a direct and continued reflection of the ways of seeing and changing the world that the Gender Studies Program gave me 30 years ago,” she said.

“Our strength can be seen in our program’s deep commitment to social justice for all, not only in terms of research but also teaching and service — here at Notre Dame, in the South Bend community, and beyond.”

The spirit of inclusion 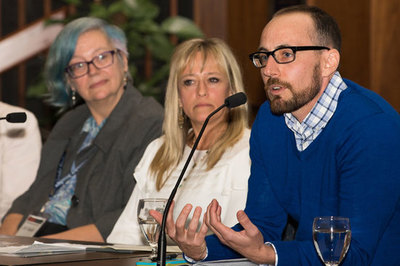 For Rhodes Perry ’02, the Gender Studies Program was an inspiration.

It was the first step toward a career dedicated to inclusion and equity — in the White House, at nonprofit organizations, and now, in his own consulting business working with government agencies, nonprofits, and corporate clients such as Nike and Wells Fargo.

“The program was absolutely essential for me,” he said. “The faculty and staff involved really centered the work around rigorous study and being open. They encouraged thought that was challenging and caused us all to really examine who we were. At its core, Notre Dame is a top university in this country because that kind of thinking is encouraged.”

The program, which began offering a supplementary major in 1998 and an undergraduate minor in 2001, was a perfect complement to his economics major, Perry said. After discovering gender studies through an interdisciplinary course in his sophomore year, he declared a second major.

“I was really interested in looking at economic disparities and understanding the root causes of why certain groups are more advantaged than others,” he said. “And it’s hard to look at that without also looking at the role of gender.

The skills he developed in gender studies are critical to the work he does now, Perry said.

“I’m helping so many different organizations, from universities to big Fortune 100 companies, to think about how you take your commitment to diversity, equity, and inclusion at its broadest level and implement it throughout your organization,” said Perry, who recently published his first book, Belonging at Work. “The Gender Studies Program allowed me to develop that critical lens and that focus on equity that I help employers with now.” 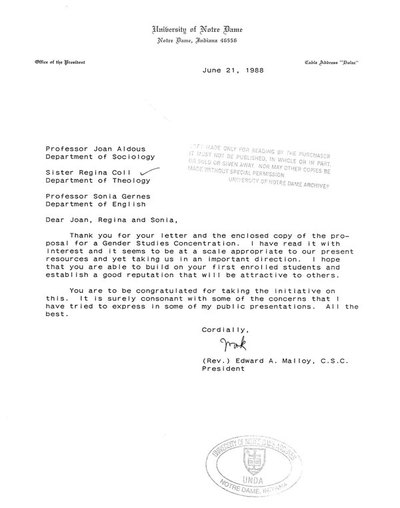 This 1988 letter from Notre Dame President Rev. "Monk" Malloy, C.S.C.,
commended faculty members from English, sociology, and theology on
their formation of what would become the Gender Studies Program.

In recent years, the program has raised its national and international reputation by hosting conferences that draw scholars and students from around the globe and through visits by world-renowned gender studies scholars, Kearney said.

The program, which added a graduate-level minor in 2008 and a primary major in 2013, has also become increasingly interdisciplinary at a University-wide level and has strengthened its on-campus network — regularly co-sponsoring events with other programs, centers, and institutes.

“We have moved beyond an older ‘gender plus academic field’ model to one in which gender is pursued as a topic unto itself and is more fully integrated across each of our courses,” Kearney said. “We also explore gender in a far more intersectional manner now, studying its interdependent connections with other identity categories like race, age, sexuality, class, and ability.”

Every college student would benefit from taking at least one gender studies class, Kearney said, as it opens their eyes to the ways in which human beings are categorized and the resulting opportunities and advantages that come their way — or don’t — as a result of their identities.

“Gender impacts all aspects of human life,” she said, “from the more mundane matters of how much people are charged for dry cleaning and what color pens and razors are marketed to them, to much more macro issues like reproductive health, wages, and policymaking.”

A moment of growth

For Angel Matos, the Gender Studies Program was a foundation on which he has built his academic career. 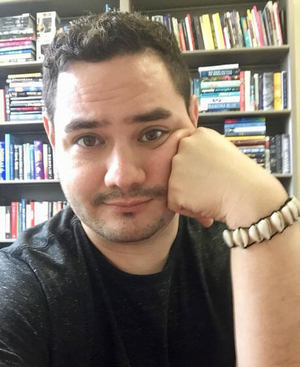 Matos, who received a Ph.D. in English with a graduate minor in gender studies in 2016, is now an assistant professor of English and comparative literature at San Diego State University. He specializes in youth literatures and LGBTQ studies.

“Gender studies is still front and center in what I read, write, and teach,” he said. “My graduate minor provided me with the frameworks and knowledge to conduct sophisticated analyses of literary and visual texts, and it helped me to determine the extent to which gender ideologies influence the production of cultural artifacts.”

The program not only offered coursework, programming, and support that allowed Matos to flourish, but it also provided him with opportunities for professional development.

During his time at Notre Dame, he helped organize research workshops, served as a student representative on the program’s steering committee, and organized book clubs centered on young adult novels on gender-related topics.

In his final year, Matos was offered an apprenticeship that allowed him to teach the program’s introductory course with another graduate instructor.

“It was such an amazing opportunity to get a sense of the different methodologies and frameworks used in areas outside of literary studies,” he said. “It was also a tremendous moment of growth because co-teaching allowed each of us to play to our strengths while allowing me to witness a different approach toward teaching gender studies.” 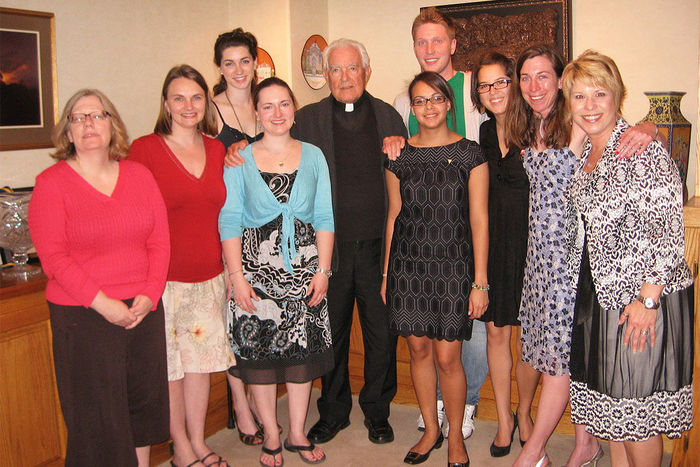 A place for respectful dialogue

To commemorate its 30th anniversary, the program is hosting a series of events, including the International Girls Studies Association’s second-ever conference in late February. The event will bring more than 150 participants to Notre Dame from across the country and around the world, including two of the most influential girls' studies scholars, Ruth Nicole Brown of the University of Illinois and Lynne Vallone of Rutgers University, who will deliver the conference’s keynote speeches.

The program also hosted an alumni panel last spring featuring Biddlecom, Perry, Matos, and others. Returning to campus, Perry said, was a chance to participate in the types of discussions he still misses from his time as an undergraduate — and a reminder of why his Notre Dame education was an ideal preparation for his career.

“Notre Dame is the perfect place to be if you really want to grapple with these hard conversations our country is having, because there are so many different viewpoints at the University,” he said. “Knowing how to talk about the importance of cultural differences and being able to have respectful dialogue with folks who have very different beliefs and values — those are really important skills I learned at Notre Dame.”

“Notre Dame is the perfect place to be if you really want to grapple with these hard conversations our country is having, because there are so many different viewpoints at the University. Knowing how to talk about the importance of cultural differences and being able to have respectful dialogue with folks who have very different beliefs and values — those are really important skills I learned at Notre Dame.”

Originally published by Carrie Gates at al.nd.edu on February 18, 2019.