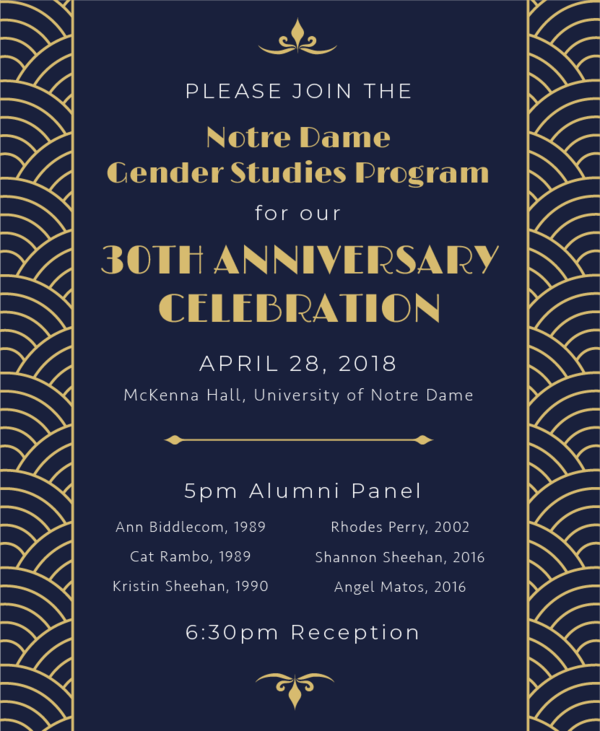 Ann Biddlecom, Undergraduate Class of 1989, is a demographer and sociologist working on policy-relevant, sexual and reproductive health research over the past 20 years. She currently directs a portfolio of international studies at the Guttmacher Institute, based in New York. Her published research includes trends in contraceptive behaviors and fertility worldwide, adolescent HIV and pregnancy prevention, and sexual and reproductive decision-making. Previously, she held research posts in the United Nations, the University of Michigan and the Population Council. She received a PhD in sociology and population studies from Brown University and is a proud member of the Gender Studies program’s first cohort of graduates in 1989. She lives on an island in the East River with her family and two rescue dogs with attitudes.

Cat Rambo, Undergraduate Class of 1989, is a writer, editor, and educator.  Her 200+ fiction publications include two novels, Beasts of Tabat (2005) and Hearts of Tabat (2018), as well as five collections and stories in Asimov's, Weird Tales, and The Magazine of Fantasy & Science Fiction.  Her nonfiction writing includes essays, games, travel articles, and a cookbook. Cat has been nominated for the Nebula, World Fantasy, Endeavour, and Compton Crook Award, among others.  She is the current President of the Science Fiction and Fantasy Writers of America and founder of the online school The Rambo Academy of Wayward Writers.

Kristin Komyatte Sheehan, Undergraduate Class of 1990, Kristin has served as the program director of the Play Like a Champion Today Educational Series since its inception in 2006. The program’s mission is to elevate the culture of youth sport to be character-focused and wholly developmental in nature. Kristin has co-authored numerous articles and publications, and has presented Play Like a Champion Today workshops in 42 states across the country, as well as in Canada, Rome, and Uganda. While pursuing her undergraduate degree, Kristin was a varsity athlete on the cheerleading team. She also earned a master's degree in psychology from Notre Dame. Kristin and her husband Dan, also an Notre Dame alum (1987), reside in St. Louis, Missouri, and have three children: Danny (a junior in high school), Jack (currently the Notre Dame Leprechaun and Class of 2019), and Shannon (Class of 2016 and another one of our 30th Anniversary alumni panelists).

Rhodes Perry, Undergraduate Class of 2002, is an award-winning social entrepreneur, and a nationally recognized LGBTQ thought leader, having worked at the White House, PFLAG National, and the City of New York.  He has been featured as a LGBTQ diversity, equity, and inclusion expert in such publications as The Wall Street Journal, the Associated Press, and the Huffington Post. Rhodes is founder of a national strategic management firm and is dedicated to advancing LGBTQ+ entrepreneurs, minority, and women-led businesses.  His podcast, The Out Entrepreneur, has empowered thousands of LGBTQ people to pursue their professional passions and dreams. Rhodes Perry blog SpeakingND

Shannon Sheehan, Undergraduate Class of 2016, graduated with Honors in Gender Studies and Sociology. She is a proud former student assistant in the Gender Studies Program office and Participant in our annual Loyal Daughters and Sons production about campus sexual assault. She is currently pursuing a PhD in Sociology and Master in Statistics at the University of Michigan, focusing on gender, demography, and quantitative methodology. Her research concerns how social, romantic, and political homophily reproduces privilege through the everyday processes of relationship formation. Currently, her research examines how assortative mating behaviors function to produce ideal unions among privileged individuals, contributing to increasing patterns of demographic inequality and increasing partisan ideology/political polarization. Additionally she focuses on interracial relationship; romantic exchanges (included but not limited to dating/relationships) in the social media age; privileged forms of femininity, and the inter-gender commonalities in sexual/relational preferences.  Shannon is the daughter of Kristin Sheehan, another one of our 30th Anniversary alumni panelists.

Angel Matos, Graduate Class of 2016, is an Assistant Professor of English and Comparative Literature at San Diego State University.  During his time in our program, Angel served as one of our Teaching Apprentices and co-taught our Introduction to Gender Studies class. He specializes in children’s and young adult fiction, queer studies, and digital youth narratives, and his current book project, tentatively entitled Feeling Infinite, examines how queer emotions, histories, and spaces are shaped and narrativized in twenty-first-century young adult texts and media. Additionally, Angel is currently co-editing a volume on intersectional spaces in film, television, and media with Paula Massood and Notre Dame’s former Gender Studies Director, Pamela Robertson Wojcik. He has taught courses on queer young adult literature, social justice and activism in youth literature, speculative young adult literature, and adolescence in fiction, film, and media. Angel’s work has been published in such academic journals as The ALAN Review and Queer Studies in Media and Popular Culture, as well as in edited collections, such as Gendered Identities: Critical Rereadings of Gender in Children’s and Young Adult Literature (Routledge, 2016), Lessons in Disability: Lessons on Teaching with Young Adult Literature (McFarland 2015), and the upcoming MLA Options for Teaching Young Adult Literature.