As of March 2017, LDS is on hiatus until further notice. 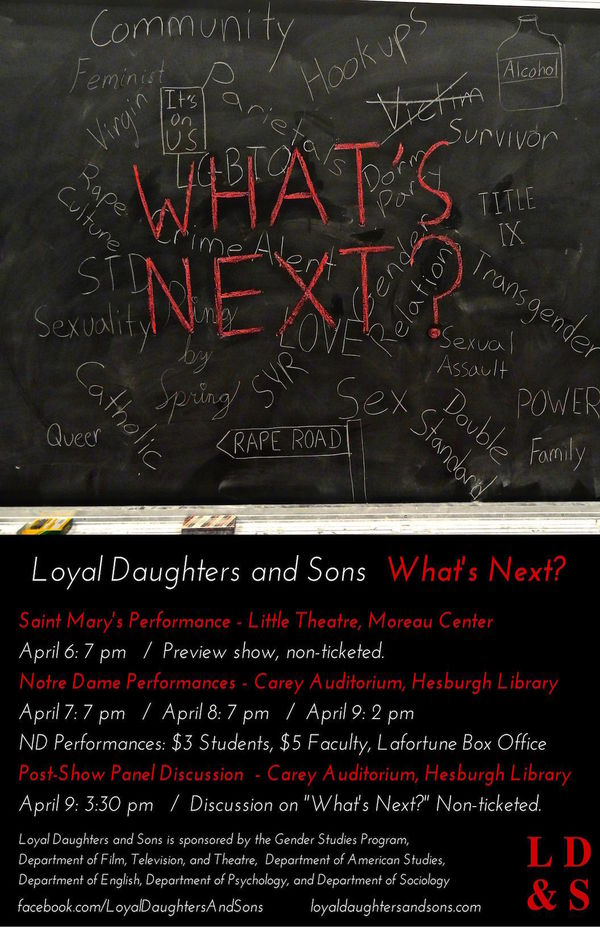 Loyal Daughters & Sons is a show student-written, student-directed, student performed, and student-produced which tells the story of real Notre Dame students' stories about sexual violence, sexuality, religion, and gender problems on campus. The purpose of the show is to create sustained dialogue on gender issues and help to prevent further violence from occurring as well as provide an opportunity to hear the voices and opinions of Notre Dame Students.