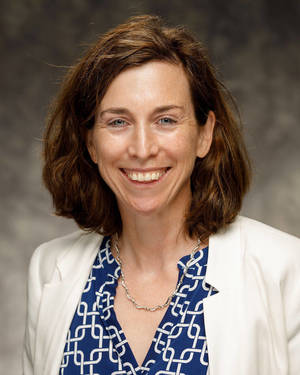 Eileen Hunt Botting is a Professor of Political Science at the University of Notre Dame. She is a political theorist whose scholarly interests cover 17th-19th century political thought from Hobbes to Mill; feminism, liberalism and the family; human rights, women’s rights, and children’s rights; the ethics of biotechnology and artificial intelligence; and comparative, international, literary, and feminist approaches to political theory and the history of political thought. Her books include Family Feuds: Wollstonecraft, Burke, and Rousseau on the Transformation of the Family (SUNY, 2006), Wollstonecraft, Mill, and Women’s Human Rights (Yale, 2016), and Mary Shelley and the Rights of the Child: Political Philosophy in ‘Frankenstein’ (Penn Press, 2017). Her current book project is Political Science Fictions after ‘Frankenstein’: Mary Shelley and the Politics of Making Artificial Life and Intelligence. She has received grants and fellowships from the American Council of Learned Societies (2015-16), the Notre Dame Institute for Advanced Study (2019), and the Alfred P. Sloan Foundation, Public Understanding of Science, Technology & Economics Program (2019-20) to support her writing.