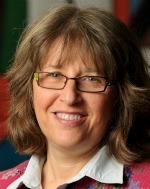 Gail Bederman is an Associate Professor in History, with Concurrent Appointments in American Studies and in Gender Studies. She teaches and researches the histories of women, gender and sexuality primarily in the United States. Bederman is writing a two-volume history of the earliest public advocacy of contraception in Britain and the USA, concentrating on the forgotten interactions of seven activist/ intellectuals, William Godwin, Mary Wollstonecraft, T.R. Malthus, Francis Place, Richard Carlile, Robert Dale Owen, and Frances Wright. The first volume, entitled The Worst Sort of Property: Population, Marriage, and Sexual Radicalism in England, 1793-1803, is nearly finished and under contract with the University of Chicago Press. The second volume is entitled The Very First Reproductive Rights Movement: ‘Preventives,’ Freethought, and Sexual Radicalism in Britain and the USA, 1820-1832. An article taken from the second volume “Revisiting Nashoba: Slavery, Utopia and Frances Wright in America, 1818-1826,” was selected for the Organization of American Historians' anthology, The Best American History Essays 2007.

Select Courses: US Sex/Sexuality/Gender I and II (undergraduate)