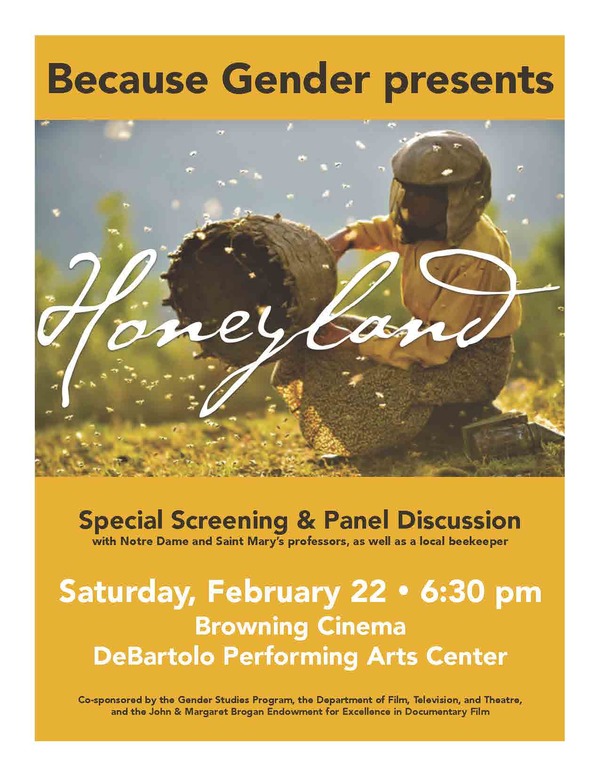 You're invited to a special Because Gender film series screening and panel discussion of Honeyland, which was nominated this year for an Academy Award in the documentary category.  The film follows Hatidže Muratova, a Macedonian beekeeper of Turkish descent, and explores such environmental issues as biodiversity loss, climate change, and the exploitation of natural resources.

The screening will be on Saturday, Feb. 22 at 6:30 pm, and will take place in the DPAC's Browning Cinema.

A special panel discussion will follow the screening.  Our panelists include Olivier Morel in Notre Dame's Dept. of Film, Television, and Theatre; Susan Blum in ND's Dept. of Anthropology; Cassie Majetic in St. Mary's Dept. of Biology; and Tim Ives, of Ives Hives, a local beekeeping company whose honey is sold by Unity Gardens.

Info on ticketing and a trailer for the film can be found here.

Please join us, and share info about the event with your friends and colleagues!