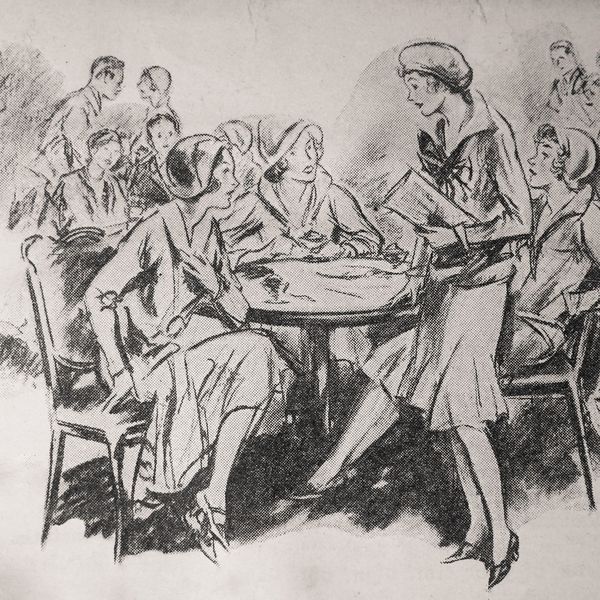 VISUAL CULTURES WORKSHOP
Designing the Junior Miss:
Some Short Stories about the Origins of Teen-Girl Entertainment
Mary Celeste Kearney
Thursday, October 1 - 5:30-6:30 pm
via Zoom - email Matthew Payne (mpayne8@nd.edu) for link
The teenage girl has been a feature of U.S. entertainment for almost 100 years. Yet little is known about the origins of such media. This presentation offers an overview of a forthcoming book about the first wave of U.S. teen-girl entertainment, with a special focus on seven short story composites that collectively launched a transindustrial girl-centered production trend that lasted over thirty years and continues to influence the representation of teenage girls globally.

Inspired by feminist politics and New Woman literature, the narrative design of these stories demonstrates a radical turn from Victorian tales about female adolescence while also suggesting their authors’ attempts to explore the progressive possibilities for girlhood in a post-suffrage society. Nevertheless, these texts ultimately constructed teenage girlhood as a privileged identity that in reality only a small group of girls could perform, thereby also facilitating a cultural formation with significant social implications.