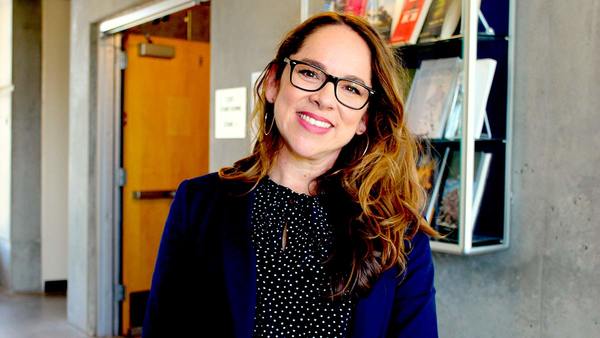 Nicole Woods, assistant professor of art history at the University of Notre Dame, has been named a 2019 recipient of an Arts Writers Grant. This award is among the highest honors an art historian or critic can receive, and Woods is one of 19 recipients from a candidate pool of more than 800.

The Arts Writers Grant Program recognizes both the financially precarious situation of arts writers and their essential contribution to artistic culture; it is funded by The Andy Warhol Foundation for the Visual Arts and administered by Creative Capital.

Woods is an expert in Euro-American neo-avant-gardes, performance and conceptual art, intersectional feminism and taste cultures. Her current research includes a consideration of the widespread use of food as an object of consumption and a form of political critique in the work of several late-20th-century artists.

The Arts Writers Grant will enable Woods to initiate work toward her second book, which focuses on the pioneering African American painter Bob Thompson (1937-1966), an elusive and under-studied figure despite recognition among major museums, including the National Gallery of Art and the Museum of Modern Art.

“My research aims to expand accepted narratives of late modernist art in the 1960s as confined to cool displays of pop and minimalist forms — largely by white male artists — by demonstrating that Thompson’s vibrant expressionist imagery signals a relation to the era’s anxieties about nuclear annihilation,” Woods said. “Paradoxically hopeful that the bourgeoning Space Age could distill a vision of the future that relied on the re-imagining and re-engineering of human experience, Thompson’s visual lexicon of monsters, winged creatures and masked faces may be read as part of a spiritualist defense — one that has its roots in rich African-diasporic cultural traditions.

Woods will attend closely to Thompson’s life and work by reviewing primary source materials located in the Smithsonian’s Archives of American Art, which houses the Bob Thompson papers, along with the Judith Wilson papers and Martha Jackson Gallery papers.

“The Wilson Papers are especially important to this project as they contain multiple boxes of handwritten notes, journals, and interviews art historian Judith Wilson conducted with Thompson’s family in preparation for her dissertation on Thompson (much of it unpublished),” Woods said.

Woods’ previous research has also received support from the National Gallery of Art’s Center for Advanced Study in the Visual Arts and the Graham Foundation for Advanced Studies in the Fine Arts.