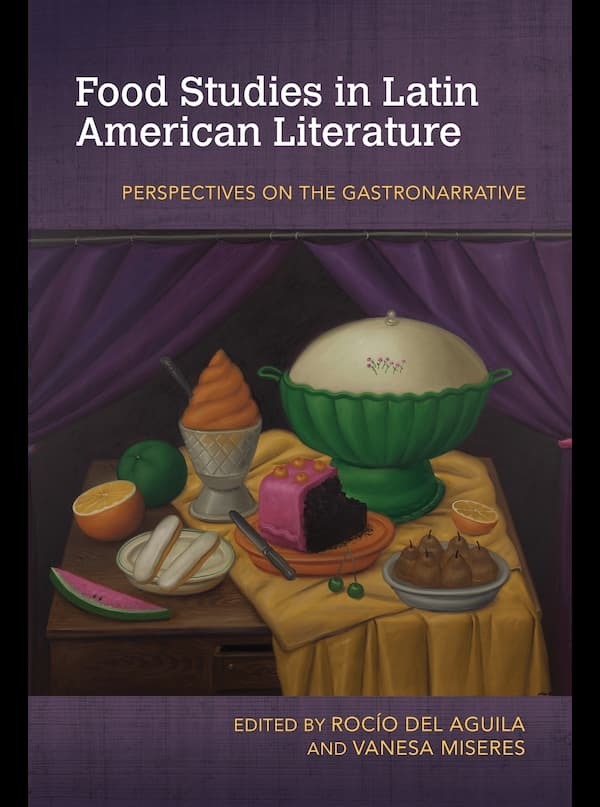 Food Studies in Latin American Literature. Perspectives on the Gastronarrative has won the first place in the Best Culturally Themed Academic Book and third place in the Best Non-Fiction Multi-Authored Book category at the International Latino Book Awards. The awards ceremony was celebrated in Los Angeles, CA on August 19-20, 2022.

The International Latino Book Awards (ILBA) are annual awards given to authors, translators, and illustrators for books written in English, Spanish, or Portuguese. Founded in 1997, the ILBA is a nonprofit organization based in California.

Food Studies in Latin American Literature presents a timely collection of essays analyzing a wide array of Latin American narratives through the lens of food studies. Topics explored include potato and maize in colonial and contemporary global narratives; the role of cooking in Sor Juana Inés de la Cruz’s poetics; the centrality of desire in twentieth-century cooking writing by women; the relationship among food, recipes, and national identity; the role of food in travel narratives; and the impact of advertisements on domestic roles.

The book was published by the University of Arkansas Press under its Food and Foodways series in December 2021.