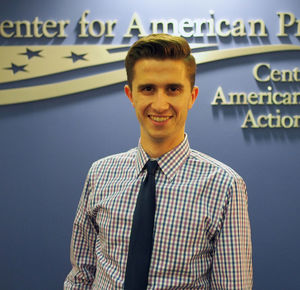 After taking two gender studies courses as electives, I quickly realized that this discipline radically transformed the way I view the world, and I declared my third major in gender studies soon after. While my primary coursework remains in politics and social movements, gender studies has enabled me to critique systems of power from a new lens - and also given me insight into communities and cultures that I formerly would have had little engagement with. By helping me develop new perspectives on the world and teaching me to think critically, my work in gender studies helped prepare me for two of my most formative endeavors - writing my thesis on the 2015 same-sex marriage referendum in Ireland, and interning at a Washington, D.C., think tank at the intersection of faith, sexuality, gender, and public policy. And without gender studies, I would not have cultivated the commitment to justice for all people that strongly shapes my career path.