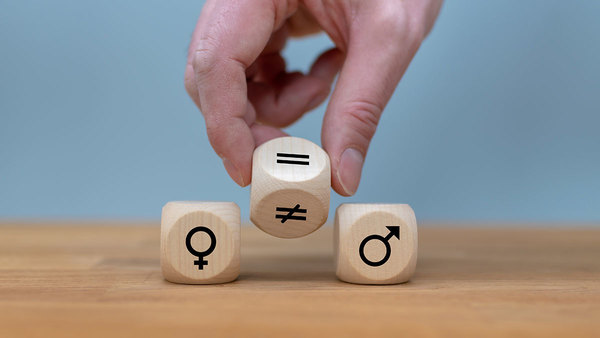 Women in the academic field of psychology are overrepresented at the undergraduate level but, ultimately, underrepresented at senior levels. No gender parity reviews of the discipline had been conducted until a group of scholars, including the University of Notre Dame’s Lee Anna Clark, the William J. and Dorothy K. O’Neill Professor of Psychology, decided to take on the task.

Delving into existing studies on the field of psychology (and academia as a whole when psychology-specific data were lacking), the researchers note some successes like an increase in some leadership roles. However, significant problems remain, with women often receiving lower compensation at equivalent levels and experiencing ongoing sexual harassment and bullying. The group’s full report, “The Future of Women in Psychological Science,” was published in Perspectives On Psychological Science.

Clark and the other researchers found that women are less likely to apply for tenure-track positions; however, those who do apply are equally if not more likely to be hired than men. In fact, they note, single, childless women in psychology programs (other than clinical psychology) are 8.7 percent more likely than single, childless men to obtain a tenure-track job within six years of receiving their doctorate. Yet, as already determined by a number of studies and reiterated by this group of researchers, fewer women attain the rank of full professor compared to men.

In academia, there is a publication gap characterized by men publishing more than women. This gap is also evident in the field of psychology across most career stages. There are some exceptions in subcategories of the discipline, with women dominating publication in developmental psychology (59.5 percent) and reaching gender parity in clinical and health psychology. The group also notes previous research that shows men’s papers are cited roughly 1.3 times more than women’s in the field of psychology and that men in the field are twice as likely to self-cite.

“Gender gaps in publication numbers may ultimately limit women’s impact on — as well as advancement in — the field,” the authors wrote.

The group then examined issues that do not affect male faculty in equal measure. For example, a recent report revealed that, in 2016, American mothers reported spending 75 percent more hours per week on child care than fathers did. Reviewing other studies on child care, Clark and the other researchers noted that scholars have determined that the systemic pressure for women to serve disproportionately as caregivers may also contribute to women’s lower rates of publishing and research eminence. That pressure can also increase rates of academic service (additional tasks such as sitting on committees) across many academic fields and, in fact, lead some women to opt out of tenure-track positions altogether.

The fertility window is another issue that some female academics face: Should they focus on their career and parenthood simultaneously or put off having children and freeze their eggs so they can focus on one thing at a time?

An area in which women in the psychological sciences have made strides is in leadership roles. The group found that, among prominent interdisciplinary American Psychological Association and American Psychological Society journals, 48 percent of the current editors-in-chief are women, and the percentage of women among APA and APS presidents has risen significantly in the past decade. On the other hand, still slightly less than half (42 percent) of associate editors for the APA and APS journals are women. In 2013, only about 40 percent of psychology department chairs were women and approximately 1 in 3 APA fellows were women. Stereotypes play an unfortunate but important role in academia, and studies have shown that women who display dominance through arguing and/or making demands are seen as less likable than dominant men.

“Such research suggests that if positions of power seem to require a strong hand, women may be perceived as less suitable for such positions and could be disparaged if they exhibit such behavior,” the authors wrote.

Various studies the group reviewed raised alarming issues that can hold women and minorities back, including one that showed that women and minorities were less likely to get a response to email requests to future meetings with professors relative to European-American men. Women of color often have to deal with tokenism and racist stereotypes, and many LGBTQIA faculty report that they keep their sexuality a secret at work. Women are also, overwhelmingly, the targets of bullying and harassment.

When gender differences are uncovered, Clark and her fellow researchers emphasize that it is important to track the efficacy of actions and interventions so that effective best practices can be established. They suggest that senior faculty and hiring committee members be subjected to interventions that reveal implicit biases and lead to more equitable decisions. They also suggest assigning someone to be an equity advocate on committees, with the caveat that women and minorities on the committee should not be assigned the role by default as that is an unfair burden.

Clark and the other researchers recommend that universities have strong parental policies and offer high-quality, affordable child care. They also suggest universities might consider paying for or supplementing the cost of egg freezing, as some progressive companies do. Universities could, the group suggests, also provide support through more partner hires or even compensation/benefits packages that include employment for a spouse outside the university.

In 2018, the National Science Foundation reported that, across all institutions, women’s full/associate professor salaries were 88 percent and 92 percent that of men’s, respectively. The research group calls for greater transparency and dissemination of information related to compensation, such as current salary ranges by rank, for both current and prospective faculty. Members also recommend women in their field develop effective negotiation skills, possibly sponsored by their own institutions or professional organizations.

To ensure minority voices are heard, the researchers suggest strengthening mentoring programs and rewarding those who mentor. To enrich the field of expert voices, minority faculty members should be promoted as experts in the public sphere and more research by women and minorities should be assigned on syllabuses.

To curb sexual harassment, the group of researchers suggest following the 2018 National Academies of Sciences, Engineering, and Medicine report steps for reducing harassment. They also advocate for teaching bystander interventions, which studies have shown is effective and may be an important way to provide concrete methods to intervene on behalf of victims of sexual harassment who are reluctant to report.

“The need to address the issues facing women in psychological science coincides with a particular cultural moment in the U.S. and global social history, one in which women are speaking out and taking action in an unprecedented way to address sexual harassment, financial and social inequality, and gender biases. As a field committed to the science of equality, psychology has the opportunity to be a leader to other disciplines in how best to create and maintain a culture of inclusion,” the authors conclude.

Originally published by Colleen Sharkey at news.nd.edu on September 09, 2020.