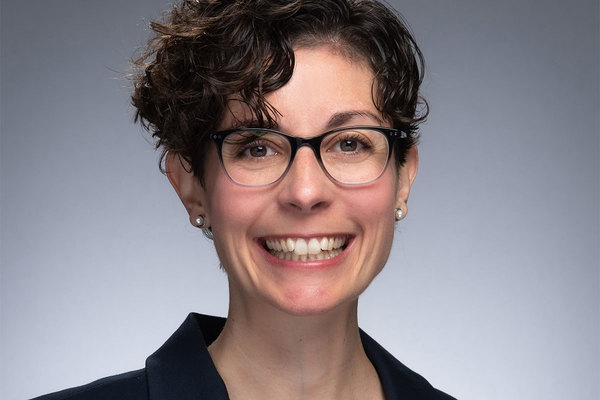 Katie Bugyis, an assistant professor in the Program of Liberal Studies at the University of Notre Dame, has been awarded the American Society of Church History’s Frank S. and Elizabeth D. Brewer Prize, which honors outstanding scholarship in the history of Christianity by a first-time author.

She received the prize for her work, “The Care of Nuns: The Ministries of Benedictine Women in England During the Central Middle Ages,” which reconstructs the history of Benedictine nuns through examination of their own liturgical documents — and recovers evidence of their liturgical functions, including preaching, reading the gospel liturgically, hearing confessions and pronouncing absolution.

“This history challenges the prevailing narratives about these women’s liturgical practices, which confine them exclusively to the care of priests,” Bugyis said. “Using the books these nuns produced and used, my book shows instead that these women acted as ministers in their own right, caring for their own spiritual needs, as well as those of the laity who visited them.

“To receive the Brewer Prize is not just a vote of welcome acclamation of my research from peers in my field. It is an affirmation of scholarship that seeks to tell a new history of women from the past on their own terms, in their own words.”

In announcing the prize at the society’s annual meeting, the committee stated that the book “adds complexity to the history of female religious life in England” and “opens new insights into the diverse contributions of women’s religious houses during the central Middle Ages.”

“Bugyis’ ‘The Care of Nuns’ is a model of sophistication in its interpretation and explication of sources as well as a testament to the enormous amount of archival work completed by its author, who offers new insights into the medieval monastic tradition,” they wrote. “It also encourages readers to broaden and enrich their understanding of pastoral work in the history of the Christian tradition.”

A concurrent assistant professor in the Department of Theology and faculty fellow of the Medieval Institute, Bugyis is currently working on English translations of and interpretive essays on a dossier of texts composed by the itinerant Flemish monk Goscelin of Saint-Bertin for the community of Benedictine nuns at Barking Abbey in Essex. The dossier is considered the most significant and extensive collection of original Latin saints’ lives, liturgical texts and chronicled events assembled for a community of religious women in England during the Middle Ages.

She is also looking forward to resuming work on her book project, “The Matter of Liturgy in Benedictine Women’s Communities in Medieval England,” which has been delayed due to travel restrictions related to the COVID-19 pandemic. For that project, Bugyis is examining how the nuns created, acquired and treasured certain objects for liturgical use, and how these objects in turn transfigured nuns’ appearances, refashioned their identities and reinvested them with spiritual authority and agency.

Bugyis received a bachelor’s degree in history from Notre Dame, a master of arts in religion from Yale Divinity School, a certificate from the Yale Institute of Sacred Music and a doctorate in medieval studies from Notre Dame. She completed fellowships at the Pontifical Institute of Mediaeval Studies at the University of Toronto and Harvard University’s Radcliffe Institute before returning to the College of Arts and Letters in 2019.

Much of the research for “The Care of Nuns” was undertaken while Bugyis was a graduate student in the Medieval Institute, she said — and could not have been done without the generous support she received.

Bugyis completed several in-depth research trips to libraries in the United Kingdom, with funding from the Institute for Scholarship in the Liberal Arts, the Graduate School’s Notebaert Premier Fellowship and the Nanovic Institute for European Studies.

“I also feel very lucky that Notre Dame had and still has a number of faculty who are stalwart champions of my research, especially Margot Fassler, Kathryn Kerby-Fulton, Peter Jeffery, John Van Engen, and Mary Catherine Hilkert,” she said. “I am very fortunate to be back at Notre Dame. There is no better place to do research on the Middle Ages.”

Originally published by Carrie Gates at al.nd.edu on March 31.