“[Their] dress so antick”: Cross-Dressing, Mobility, and Gender Identity in the Work of Margaret Cavendish

“[Their] dress so antick” takes “crossing” as a basis for bringing Margaret Cavendish’s proto-science fiction novel, A Description of a New World, Called the Blazing World (1666 & 1668), into conversation with three of her less canonical works—Assaulted and Pursued Chastity (1665), Loves Adventures (1662), and The Convent of Pleasure (1668)—all three of which employ cross-dressing as a major plot device. While cross-dressing is absent from Blazing World, the work does hinge on physical crossings between worlds and, significantly, between bodies. Like cross-dressing, these crossings disrupt binaries, ultimately rejecting fixity in favor of fluid and mobile forms of gender and space. 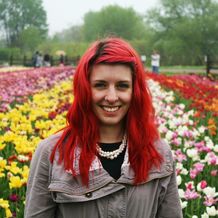 Research Workshop Presenter: Danielle Green
Dani Green is a second-year Ph.D. student in English at the University of Notre Dame, where she is also completing graduate minors in gender studies and Irish studies. She works on British and Irish literature of the long nineteenth century with interests in queer theory, space and materiality, and narrative. Her current research considers how minute forms in the novel (e.g., spaces and things) might act as oblique signals that (re)structure our understanding of the novel in sometimes discordant, or queer, ways.