The position that biological differences between the sexes (as opposed to socialized behavior) are the primary cause of gendered behavior is a popular one. I call this the Biology Causes Gender (BCG) position. It is frequently justified with empirical data about brains, hormones, career choices, academic performance, and just so stories from evolutionary psychology. However, many of these studies are cherry picked from a murky and unsettled scientific literature. The BCG position also ignores data that contradicts its position from other fields including sociology, behavioral economics, and anthropology. Worse than simply being wrong, the promotion of the BCG position has profound ethical consequences that harm both women and men. It perpetuates and reinforces harmful stereotypes about gender essential, which among other things, keep men from reporting domestic abuse, slut shame women, and negatively impact academic pedagogy, academic performance, and career possibilities for people of all sexes. 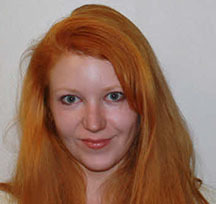