Competing Discourses: Is the Corset a Killer? 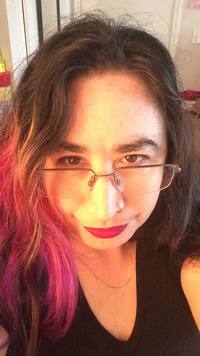 This work in progress is a chapter in Gibson's upcoming book, which is tentatively titled All Bound Up: An Examination of the Bioarchaeology of the Practice of Corseting. In this chapter, she examines the myth of the killer corset as one of the discourses around the garment which shapes our understanding of it today. Gibson will analyze how doctors from the early 1900s thought about the corset, and compare that to the skeletal evidence about corset wearer's longevity.

Dr. Rebecca Gibson specializes in bioanthropology, archaeology, and embodiment and gender theories. She serves as editor of the bioarchaeology section of the Society for Archaeological Sciences, and as a member of the board of the Speculative Literature Foundation. Her work has been published in NEXUS, and in Springer's Sexuality and Culture, as well as being covered by such publications as Forbes online, and New York Magazine. Her primary research examines changes in the skeletal structure of women who wore corsets between the years of 1700 and 1900 AD, with a geographic focus is England and France, making an extensive study of skeletal collections at the Museum of London and the Musée de l'Homme in Paris. Dr. Gibson’s secondary research focus is on the romantic and sexual entanglements of AI and robotics in science-fiction, specifically looking at what fulfills the qualification of "human enough,” and her tertiary research focus is using zombies as a metaphor for the fear of “the other.” She has taught classes in a multitude of subjects including multiculturalism, forensics, and human osteology, and her published works can be found on her author page at facebook.com/TheCorsetedSkeleton.

RSVP and reserve your lunch for Prof. Gibson's research workshop