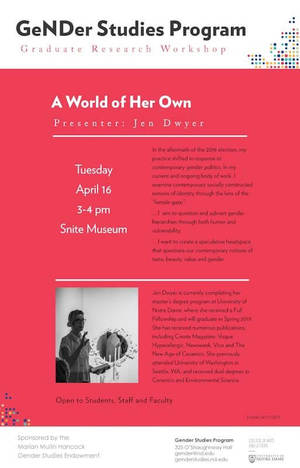 In the aftermath of the 2016 election, my practice shifted in response to contemporary gender politics. In my current and ongoing body of work, I examine contemporary socially constructed notions of identity through the lens of the “female gaze1.” The female gaze was coined by Jill Soloway in response to Laura Mulvey’s theory of “the Male Gaze,” where cinematic depictions of women are seen as the objects of male pleasure. The female gaze is an alternative way of seeing and representing everyone as a subject. This acknowledges that everyone has their own complicated narrative. I aim to question and subvert gender hierarchies through both humor and vulnerability. In my recent work, I use fanciful, intricate porcelain mirror frames, candelabras, and miscellaneous vessels that merge iconography from antiquity, with Rococo, Pop, and Surrealism infused with contemporary feminist themes, sprinkled with allusions of dime-store kitsch. I aim to reference imagery and structures that are associated with the feminine, domestic, and even grotesque or monstrous, to explore the constructed and idealized world of femininity. I want to create a speculative headspace that questions our contemporary notions of taste, beauty, value and gender. As a society, we have limited views of power. I hope to broaden these views by gathering imagery across cultural lines and histories that explore the subjugation of the female body and create decorative quasi-functional sculptures that offer a remixed interpretation of utopia or rather an alternative reality.

Jen Dwyer grew up in the Bay Area, California. Dwyer attended University of Washington in Seattle, WA, and received dual degrees in Ceramics and Environmental Science. She has been awarded numerous grants, scholarships and fellowships, including the Pottery Center in Jingdezhen, China; Trestle Gallery Residency program in Brooklyn; and Kala Arts Center in Berkeley, CA. Prior to starting graduate school, Dwyer was based in Brooklyn. She is currently completing her master’s degree program at University of Notre Dame, where she received a Full Fellowship and will graduate in Spring 2019. She has received numerous publications, including Create Magazine, Vogue, Hyperallergic, Newsweek, Vice and The New Age of Ceramics.

Dwyer’s work centers on social of our age.