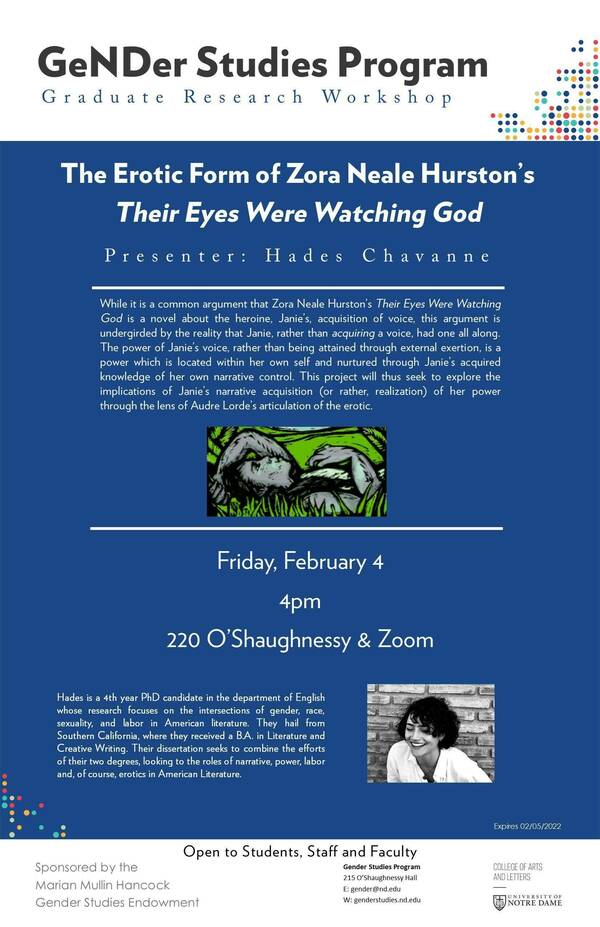 While it is a common argument that Zora Neale Hurston’s Their Eyes Were Watching God is a novel about the heroine, Janie’s, acquisition of voice, this argument is undergirded by the reality that Janie, rather than acquiring a voice, had one all along. The power of Janie’s voice, rather than being attained through external exertion, is a power which is located within her own self and nurtured through Janie’s acquired knowledge of her own narrative control. This project will thus seek to explore the implications of Janie’s narrative acquisition (or rather, realization) of her power through the lens of Audre Lorde’s articulation of the erotic.

Hades is a 4th year PhD candidate in the department of English whose research focuses on the intersections of gender, race, sexuality, and labor in American literature. They hail from Southern California, where they received a B.A. in Literature and Creative Writing. Their dissertation seeks to combine the efforts of their two degrees, looking to the roles of narrative, power, labor and, of course, erotics in American Literature.